Pandani Select Foods began its journey 52 years ago in a small butcher shop in Somerset, a busy little town on Tasmania’s North West Coast. Walter Ingles realised his dream in 1965 when he purchased a butchery of his own in Somerset. By this time, Walter had much experience behind his striped apron; he began his apprenticeship at a local butchery in Burnie in 1933, aged 14, and worked there until he was enlisted in the Australian Army in 1940. Walter served in northern Australia, but spent most of his war years in New Guinea, returning home to work in 1946.

Walter began his business with two employees, one of which was his son Ian, aged 15, and grew his vision from here. Walter had become familiar with hardships, especially during his time of national service overseas, and decided that in times of economic difficulty people still need to eat. A food business was where he wanted to make a living and butchering was his due.

The small but serviceable butchery on the main street was to become a thriving and ever evolving business, which would see many changes and developments to come. Walter made improvements to the premises right away with the installation of new modern equipment
Walter purchased his stock direct from the farm, buying trusted quality breeds of beef, lamb and pork. His meat was sought after and renowned for its freshness and tenderness. He also saw an opening in the market for a unique range of in-house cured and smoked meats. So he began thereon curing and salting down hands of pork, middles of bacon, corning delicious tender beef, and last but not least, engineering the distinct and delicious tasting ham that his customers have loved for generations. Here the taste of Pandani was born. Every rasher of bacon or slice of tasty ham produced for the next 52 years has been made in the same authentic fashion.

In 1978, Walter passed away leaving the bustling business to his son Ian who had a flair and passion for curing fine delicacies and saw the business grow past the expectations of his father. As customer demand grew, many alterations and improvements were made. 1990 saw the traditional old fat rendering shed removed and replaced with a large freezer, cooked meat chiller, packing room and office. Demand continued to grow; in 2005 the butchery underwent another renovation, extending the retail area with the installation of new refrigerated display cabinets. In this same alteration a new wholesale office was built; this meant all remaining land area had now been built on to obtain room for the manufacture of quality smallgoods. Customer base grew rapidly as many tried and tasted the superiority of Pandani’s premium products.

With still more business growth in the pipeline, the procurement of land in the adjacent street for a purpose built smallgoods factory was a great move forward for the business. Construction began in 2009 and was completed in August 2010, commencing production the following month. The new state-of-the-art facility is designed with the view of having as little environmental impact as possible; utilizing natural and local resources, cogeneration systems, and responsibly managing waste generated from processing by recycling or transferring to bio solids disposal. Pandani Select Foods has decided it will always meet demand by improving systems and machinery to cater for larger volumes.

Third generation sons and daughters have been an integral part of the business for over 16 years now and have contributed untold amounts of knowledge to the business by their various meat trades qualifications, including smallgoods manufacture and quality assurance.

Our mission is to produce top quality products that we are proud of. If we wouldn’t buy it… we won’t sell it. Simple. 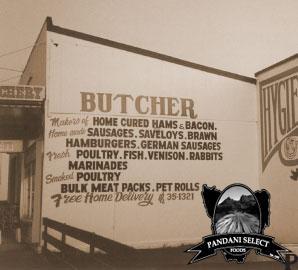 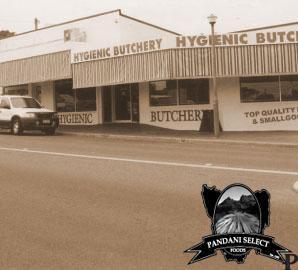 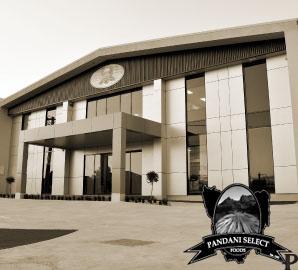